One hand on a giant hammer, frightening,
Enormous, drunk, a massive face, and laughing
With all his strength, like a great bronze trombone,
Fixing the fat man with a threatening look:
A Blacksmith spoke to King Louis the Sixteenth, once,
When the People were present, shoving their way in,
Dragging their dirty clothes across the golden floor.
King Louis, standing behind his stomach, grew pale
As a convict on his way to be hanged,
And like a beaten dog he never moved,
For the blacksmith with the enormous shoulders
Kept talking, using old words, saying funny things
That hit him hard, like a fist in the face!

“Well, King, you know we used to sing tra la
And drive our teams in someone else’s field:
The Pastor said his Paternoster in the sun,
On bright beads strung top to bottom with gold,
The Lord of the Manor rode by us with his hounds,
And between the noose and the riding crop they beat us
Down, into the ground. Our eyes grew dull as cows’ eyes
And forgot how to cry. We kept on, and on,
And when we had furrowed up the land of France,
When we had sown our flesh in that black earth,
We got a little present in return:
They burned our rotten houses down at night—
Our kids were roasted to a turn. Oh, look,
I’m not complaining. I say what I have to;
Just tell me I’m wrong if you think so, go ahead.
Look now, isn’t it nice, in June, to see
The haywagons drive into the enormous barns?
To smell the smell of growing things, of the new grass?
The odor of orchards after the rain?
To watch the wheat, the ripe wheat full of grain,
And think of all the bread that it will make?
Oh, We’d go off more surely to the glowing forge
And sing our heads off, hammering the anvil,
If we were sure we’d get a bit—we’re only men,
After all!—of the stuff that God provides!
But you know, it is always the same routine!
I know what’s happening now! No one has the right
When I’ve got two hands, my head, and my hammer,
To come up to me with a weapon in his hand
And tell me: Boy, go out and plant my field;
Or come up where there’s a war on and grab
My only son from right before my eyes!
All right! So I’m a man; all right, so you’re a king;
You say to me: I WANT … You see how dumb that is …
You think I like to see your golden dump, Versailles,
Your gilded officers, your fat officials,
Your goddamn bastards parading like peacocks?
Your nest was filled with the smell of our daughters,
Your little tickets locked us up in the Bastille—
And we should say, all right! We’ll all bow down!
We’ll drown your Louvre in gold, we’ll give you our last cent,
And you’ll get drunk and have a big old time,
And your nobles will laugh and step all over us!

“No. That was the shit our fathers had to take.
Oh, the people are no longer whores. One, two, three,
And your stinking Bastille came tumbling down!
That stones sweat blood, it made us sick to see it
Hiding in the sky: its rotten walls said everything
And always kept us cowering in the dark!
Citizens! That was what the shadowy past that fell,
That screamed and fell the day we took the tower!
We felt within our hearts something like love.
We embraced our sons, and one another, that day.
And just like your horses, flaring our nostrils,
We walked around, strong and proud, and felt good right here!
We walked in sunshine, heads held high, like this,
Across Paris! They bowed before our dirty clothes!
Well, we were finally men that day! We were pale,
King, we were drunk with terrible hope:
And when we gathered before the black towers
Waving our bugles and branches of oak,
Pikes in our hands, we felt no hate, we felt ourselves
So strong, we wanted only to be gentle!

And ever since that day, we’ve been like madmen!
The hordes of workers grew, down in the streets,
And those black hordes wandered, swollen always
With dark apparitions, to howl at rich men’s gates,
And I went with them, beating up your spies;
I went to Paris, black from work, with my hammer
On my shoulder, killing a rat at every step!
And if you’d laughed at me I’d have killed you.
And then, believe me, you made yourself well liked
And your men in black, who took our petitions
And tossed them back and forth, and underneath
Their breath, the bastards! smiled and said: ‘What fools!’
To brew up laws, to plaster all the walls
With pretty pink edicts and trash like that,
To get their kicks by cutting people down to size
And then to hold their noses when they pass us by!
Our great representatives think we’re filthy!
And not afraid of anything—but bayonets…
That’s wonderful. The hell with all their speeches.
We’ve had enough of that, those empty heads
And god-bellies. Oh, That’s the stuff to feed us,
You bourgeois, when we’re already running wild
And croziers and scepters have already been smashed!”

He takes him by the arm, and tears the curtain
Back, and shows him the courtyard down below
Where the mob mills about, seething beneath them,
The awful mob that makes a roaring like the surf,
A howling like a bitch, a howling like the sea,
With their heavy stick and iron pikes,
Their drums, their cries from markets and from slums,
A dark heap of rags bleeding with Liberty caps:
The Man from the open window shows it all
To the pale-faced king who sweats and can barely stand,
Sick to his stomach at the sight!
“That’s Shit,
King, out there. It slobbers over the walls,
It boild, it moved about. They’re hungry, King,
So they’re beggars. I’m a blacksmith; my wife’s down there,
Crazy-mad. She thinks the palace is full of bread.
We aren’t exactly welcome in the bakeries.
I’ve got three kids. I’m shit. I know old women
who cry beneath their funny faded hats
Because they’ve had a son or daughter taken off:
They’re shit. One man was in the Bastille, another
In the galleys: they were both of them citizens,
And honest. Freed, they were worse than dogs.
People used to laugh at them! Well, there’s something there,
Inside them, and it hurts! It’s a terrible thing,
They feel put down, they feel their lives have been destroyed,
And that’s why they’re out there screaming at you!
They’re shit! There are women out there, dishonored
Because—well, women, they’re weak, you knew that,
You Gentlemen from Court—they always want to please—
You spit into their souls, and laughed at it!
Your pretty tricks are all down there today. They’re shit.

“Oh, all the Poor, the ones whose backs are burned
By the angry sun, the ones who do your work,
Who feel their bones begin to crack as they work—
Take off your hats, all you rich people! These are Men!
We are Workers, King! Workers! We are the ones
made for the time to come, the New Day dawning,
When Man will work his forge from dawn to dusk,
—Seeker after great causes, great effects—
When he will finally bend all things to his will
And mount Existence as he mounts a horse!
Oh! the gleam of fires in forges! Evil destroyed,
Forever! The Unknown may be terrible:
Still we will know it! Let us examine
All that we know: then onward, Brothers, onward!
We sometimes dream a moving dream
Of living simply, fervently, without a word
Of evil spoken, laboring beneath the smile
Of a wife we love with an elevated love:
Then we would labor proudly all day long,
With duty like a trumpet ringing in our ear!
Then we would think ourselves happy, and no one,
No one, ever, could make us bend a knee!
For a rifle would hang above the hearth…

“Oh, The air is full of the smell of battle!
What was I saying? I’m part of the rabble!
We still have your informers, sneaks, and profiteers—
But we are free! There are terrible moments
When we feel ourselves tower over all! I told you
Back a bit about tranquil duty, and a home…
Just look at the sky! It’s too small for us,
We’d suffocate, we’d live forever on our knees!
Just look at the sky! I’m going back to the mob,
To the endless rabble, the dirt, the ones who roll
Your cannons, King, across the slimy cobblestones;
Oh! When we’re dead, then we’ll have washed them clean!
And if in the face of our howling vengeance
The claws of bronzed old kings across our France
Push their regiments in their fancy dress-up clothes,
Well, then, all you out there, what then? We’ll give them shit!”

He swung his hammer over his shoulder.
The crowd
In that man’s presence felt their souls catch fire,
And in the palace courtyard, through the palace halls,
Where Paris panted, howling all the while,
A shiver ran through the enormous mob.
And then he clapped his hand, his splendid Blacksmith’s hand,
Upon the shaken, sweating, fat king’s head,
And crowned him with the cap of Revolution! 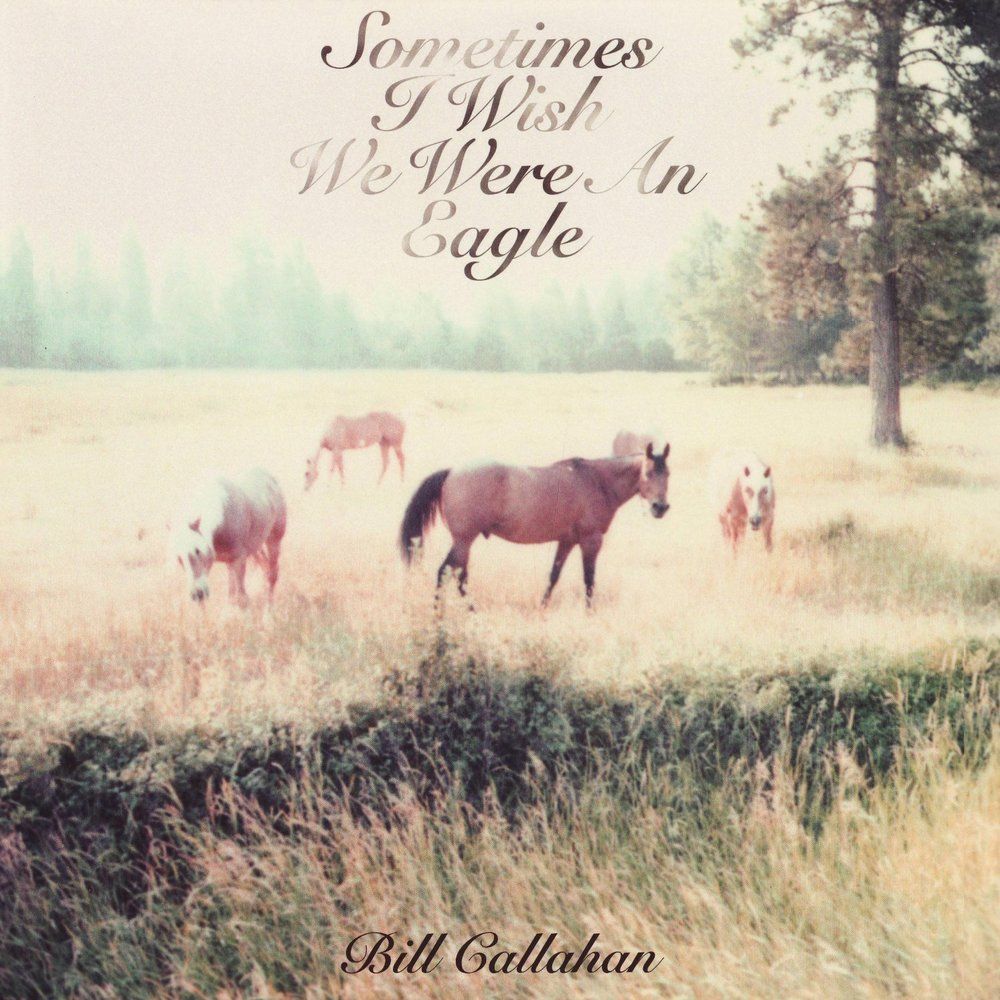