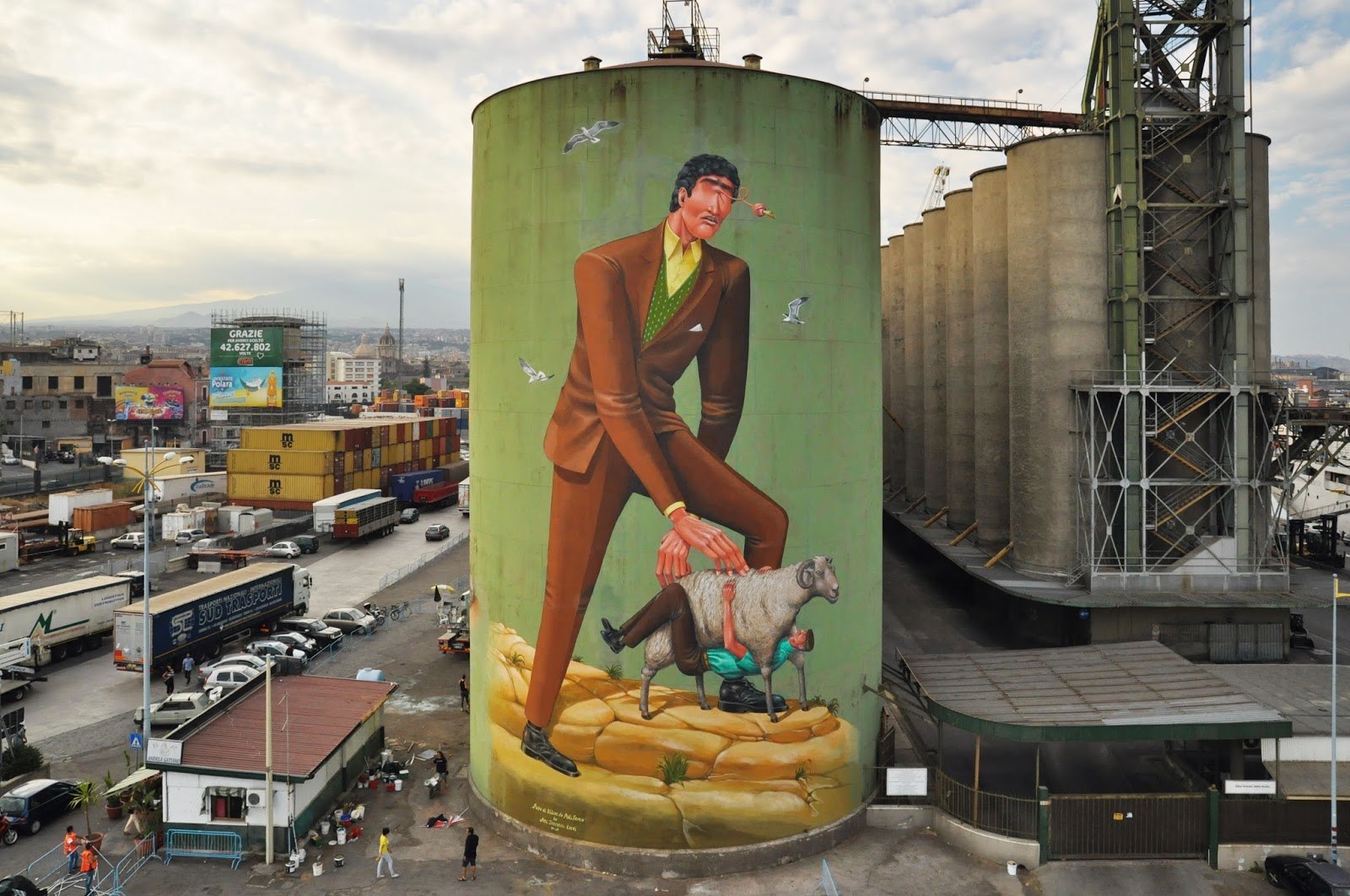 So he declared. I poured him another fiery bowl—
three bowls I brimmed and three he drank to the last drop,
the fool, and then, when the wine was swirling round his brain, I approached my host with a cordial, winning word:
‘So, you ask me the name I’m known by, Cyclops?

I will tell you. But you must give me a guest-gift
as you’ve promised. Nobody—that’s my name. Nobody—
so my mother and father call me, all my friends.’

But he boomed back at me from his ruthless heart,
‘Nobody? I’ll eat Nobody last of all his friends—
I’ll eat the others first! That’s my gift to you!’

With that
he toppled over, sprawled full-length, flat on his back
and lay there, his massive neck slumping to one side,
and sleep that conquers all overwhelmed him now
as wine came spurting, flooding up from his gullet
with chunks of human flesh—he vomited, blind drunk.
Now, at last, I thrust our stake in a bed of embers
to get it red-hot and rallied all my comrades:
‘Courage—no panic, no one hang back now!’
And green as it was, just as the olive stake
was about to catch fire—the glow terrific, yes—
I dragged it from the flames, my men clustering round
as some god breathed enormous courage through us all.
Hoisting high that olive stake with its stabbing point,
straight into the monster’s eye they rammed it hard—
I drove my weight on it from above and bored it home
as a shipwright bores his beam with a shipwright’s drill
that men below, whipping the strap back and forth, whirl
and the drill keeps twisting faster, never stopping—
So we seized our stake with its fiery tip
and bored it round and round in the giant’s eye
till blood came boiling up around that smoking shaft
and the hot blast singed his brow and eyelids round the core
and the broiling eyeball burst—
its crackling roots blazed

and hissed—
as a blacksmith plunges a glowing ax or adze
in an ice-cold bath and the metal screeches steam
and its temper hardens—that’s the iron’s strength—
so the eye of the Cyclops sizzled round that stake!
He loosed a hideous roar, the rock walls echoed round
and we scuttled back in terror. The monster wrenched the spike
from his eye and out it came with a red geyser of blood—
he flung it aside with frantic hands, and mad with pain
he bellowed out for help from his neighbor Cyclops
living round about in caves on windswept crags.
Hearing his cries, they lumbered up from every side
and hulking round his cavern, asked what ailed him:
‘What, Polyphemus, what in the world’s the trouble?
Roaring out in the godsent night to rob us of our sleep.
Surely no one’s rustling your flocks against your will—
surely no one’s trying to kill you now by fraud or force!’

‘Nobody, friends’—Polyphemus bellowed back from his cave—
‘Nobody’s killing me now by fraud and not by force.’‘

‘If you’re alone,’ his friends boomed back at once,
‘and nobody’s trying to overpower you now—look,
it must be a plague sent here by mighty Zeus
and there’s no escape from that.
You’d better pray to your father, Lord Poseidon.’

They lumbered off, but laughter filled my heart
to think how nobody’s name—my great cunning stroke—
had duped them one and all. But the Cyclops there,
still groaning, racked with agony, groped around
for the huge slab, and heaving it from the doorway,
down he sat in the cave’s mouth, his arms spread wide,
hoping to catch a comrade stealing out with sheep—
such a blithering fool he took me for!
But I was already plotting …
what was the best way out? how could I find
escape from death for my crew, myself as well?
My wits kept weaving, weaving cunning schemes—
life at stake, monstrous death staring us in the face—
till this plan struck my mind as best. That flock,
those well-fed rams with their splendid thick fleece,
sturdy, handsome beasts sporting their dark weight of wool:

I lashed them abreast, quietly, twisting the willow-twigs
the Cyclops slept on—giant, lawless brute—I took them
three by three; each ram in the middle bore a man
while the two rams either side would shield him well.

So three beasts to bear each man, but as for myself?
There was one bellwether ram, the prize of all the flock,
and clutching him by his back, tucked up under
his shaggy belly, there I hung, face upward,
both hands locked in his marvelous deep fleece,
clinging for dear life, my spirit steeled, enduring …
So we held on, desperate, waiting Dawn’s first light.

As soon
as young Dawn with her rose-red fingers shone once more
the rams went rumbling out of the cave toward pasture,
the ewes kept bleating round the pens, unmilked,
their udders about to burst. Their master now,
heaving in torment, felt the back of each animal
halting before him here, but the idiot never sensed
my men were trussed up under their thick fleecy ribs.
And last of them all came my great ram now, striding out,
weighed down with his dense wool and my deep plots.
Stroking him gently, powerful Polyphemus murmured,
‘Dear old ram, why last of the flock to quit the cave?
In the good old days you’d never lag behind the rest—
you with your long marching strides, first by far
of the flock to graze the fresh young grasses,
first by far to reach the rippling streams,
first to turn back home, keen for your fold
when night comes on—but now you’re last of all.
And why? Sick at heart for your master’s eye
that coward gouged out with his wicked crew?—
only after he’d stunned my wits with wine—
that, that Nobody …
who’s not escaped his death, I swear, not yet.
Oh if only you thought like me, had words like me
to tell me where that scoundrel is cringing from my rage!
I’d smash him against the ground, I’d spill his brains—
flooding across my cave—and that would ease my heart
of the pains that good-for-nothing Nobody made me suffer!’